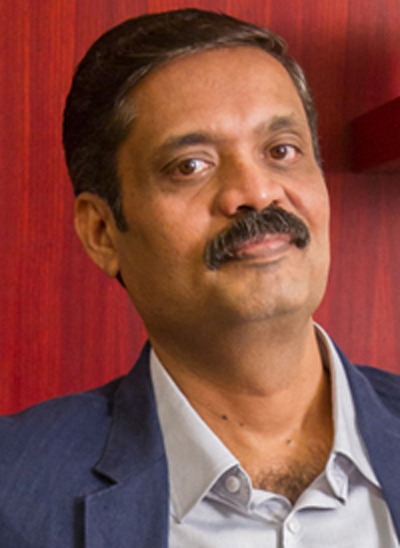 After completing his Masters in IT from University of Pune, Sunil Nair started his career in 1994 as a Computer Programmer for Shapoorji Pallonji and Co. After a year, he shifted base to Saudi Arabia and joined Landmark Group as Head IT. After a decade in this position, he transferred to the company’s Dubai office as a Business Analyst.

After three and half years with the apparel brand, he returned to Landmark Group’s, to join the Auchan Hypermarket division. This company was a franchisee agreement between Landmark’s Max Hypermarkets and Groupe Auchan. As VP–Technology Solutions of Auchan Hypermarkets, India, Sunil completed an end-to-end Oracle Retail ERP implementation.

In 2014, he moved vertically to join the Spar India team, which is a Landmark Group and Spar Netherlands venture. In his current role as Sr VP–Technology and Business Solutions, he set up traditional IT infrastructure, including help desk, data centers and business systems as well as the tech landscape for omnichannel business. He also developed a digital strategy for the business, working with partners in IoT, virtual reality and proximity marketing, etc.