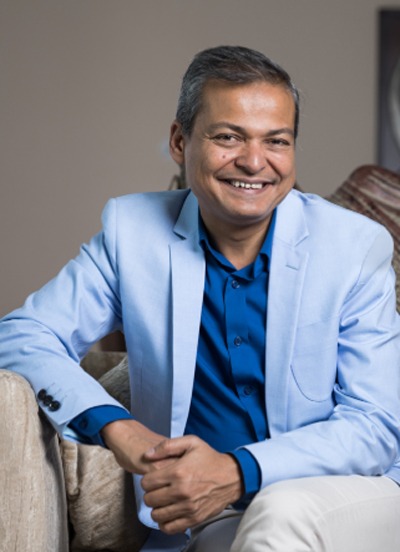 Lalit Agarwal is a retail entrepreneur, and founded V-Mart Retail in 2002, pioneering the concept of value fashion retailing in Tier II, III and IV towns in India. In his stewardship, V-Mart’s footprint has grown to 260 stores across 19 states, delivering affordable fashion to more than 35 million customers annually. As an acknowledgement of his visionary zeal and entrepreneurial success, Mr. Agarwal was awarded by Indian Retail (Franchise India) as ‘Retail Leader of the Year in 2018’.

> “Transforming India Through Retail” Award, recognised by the Ministry of Textiles, GOI and presented by the Hon. Union Minister of Textiles, in 2019

> “The Best operating model in India” by Jefferies Research

> “Most Admired Retailer of the Year”:- “Discount Retail” by Images Retail Award 2011

> “Most Admired Retailer of the Year”:- “Concept Store” by India Retail Forum 2011

As a leading industry voice, Lalit holds the role of the Chairman of Retailers Association of India (RAI) for the Northern Region. He was invited as a speaker to the World Retail Congress (WRC), 2019, the foremost annual gathering of retail industry who’s who globally. In 2017, he was also nominated to the Niti Aayog’ Champions of Change initiative by the Government of India.